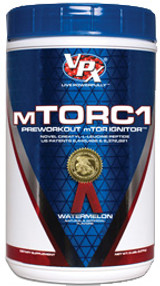 Be the first to review this product.

$59.99
$59.99
$29.99
With a world-wide cult following, The Curse!® needs no introduction. Now the power of The Curse! has been amplified with a new look and more delicious flavors to choose from. When The Curse!...
JNX Sports

$49.99
$49.99
$29.99
Designed for hardcore users, The Shadow!® is the next step in the pre-workout evolution. A full powered pre-workout with unsurpassed energy, hypnotic intensity and superhuman strength will put...
VPX Sports

$49.99
$49.99
$32.49
When it comes to creatine and creatine products, nothing comes close to matching Creature, Beast Sports’ professional-strength creatine powerhouse that has been a popular mainstay in the...
Beast Sports Nutrition

$39.99
$39.99
$25.99
Demand the professional-strength Creatine complex that uses five of the most advanced forms available to fuel muscle growth, increase strength, and accelerate recovery. Check out the all-new...
Add to Basket
Add to Basket